A compilation of General Saad El Shazly’s life and time, former Chief of Staff of Egypt

This brilliant military victory was turned into a political defeat when Egypt was removed from the camp of resistance to Israeli occupation of Arab lands to the camp of appeasement.

This shift in the balance of power in the region and the vacuum created by the absence of Egypt, allowed Israel to try to eliminate resisters one by one, starting with Lebanon, Iraq, Palestine and Lebanon again, Iraq again and now present rhetoric indicates that Iran and Syria are next.

This dreadful situation began on the battlefield on 1 October 1973, when Anwar El Sadat against the advice of his military leadership, ordered his ill-fated attack deep into Sinai, away from under the air defence umbrella, which culminated in the penetration by Israeli forces through Egyptian lines, at Devresoir into Egyptian territory. The encirclement of the third army, the km 101 negotiation, which set in motion, one concession after the other, until the final blow the neutralization of Egypt. The Camp David Treaty.

“It was a victory, the most outstanding feat of Arab armies in modern times.”

The Crossing of The Suez is the only account written in Egypt, about The Arab Israeli 1973 War, without the censorship of The Egyptian government. All books about the war, whether by former military officers, civilian authors or journalists, have been subject to editorial censorship, by The Ministry of Defense before publication. This ruling has kept many of the facts surrounding the war, still hidden to this day. The Crossing of the Suez 2003 revised edition, has three new chapters responding to questions and allegations raised; since its first publication in1980. Saad El Shazly was sentenced to a three years prison sentence, for writing this book and for his criticism of The Camp David Agreement.

This book is available in Arabic. The October War to browse and download.

The Arab Military Option. Although this book was first published over 20 years ago, it holds more true today than ever before, given the barbaric assault on Lebanon by Israel the and brutal attack on Iraq by The United States. The book documents the Arab’s military capability and posits they have the means to defeat Israel militarily. This book is available in English only.

Four Years in The Diplomatic Service, was one of two books, confiscated by the government, upon Saad El Shazly’s return from exile in 1992, along with the rest of his library and personal papers. 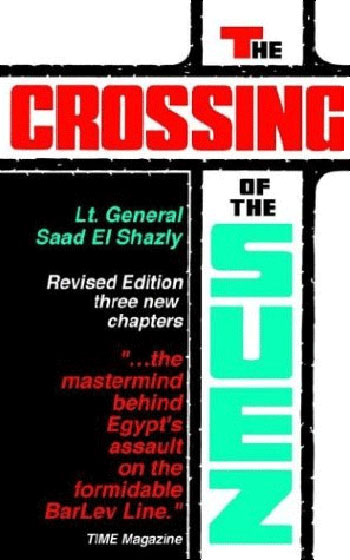 The Crossing Of The Suez

Third printing, of the original work by General Saad El Shazly Chief of Staff of the Egyptian Armed forces during the Arab Israeli war of 1973. 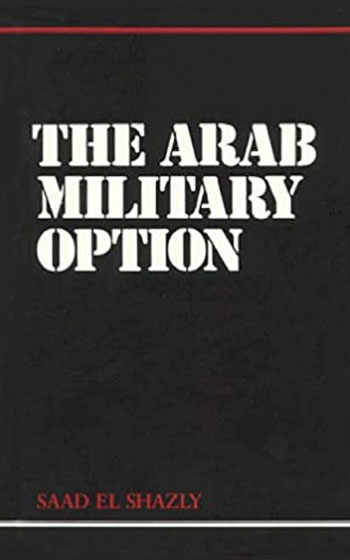 The Arab Military Option is a penetrating analysis of the future balance of power in the Middle East. General Saad El Shazly examines the present and future military capabilities of Israel and the Arab Countries. 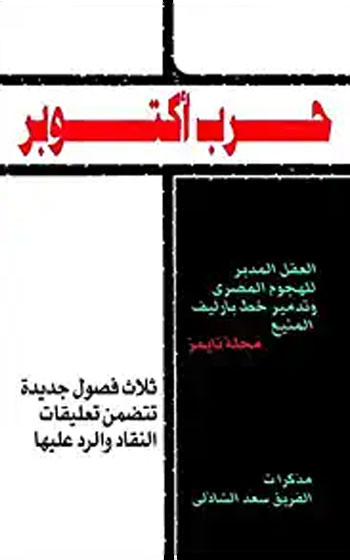 The October war is the Arabic revised edition. An inside look by the Egyptian Chief of Staff at events leading up to and including the 1973 Arab Israeli war.

After thirty years, The U.S. government has declassified the secret documents, about The Yom Kippur War. The documents are organized chronologically, and cover most aspects of the war, communications among the various players including Kissinger, Sadat, Hafez Ismael and others, you can even find the reference to a spy close to Sadat.